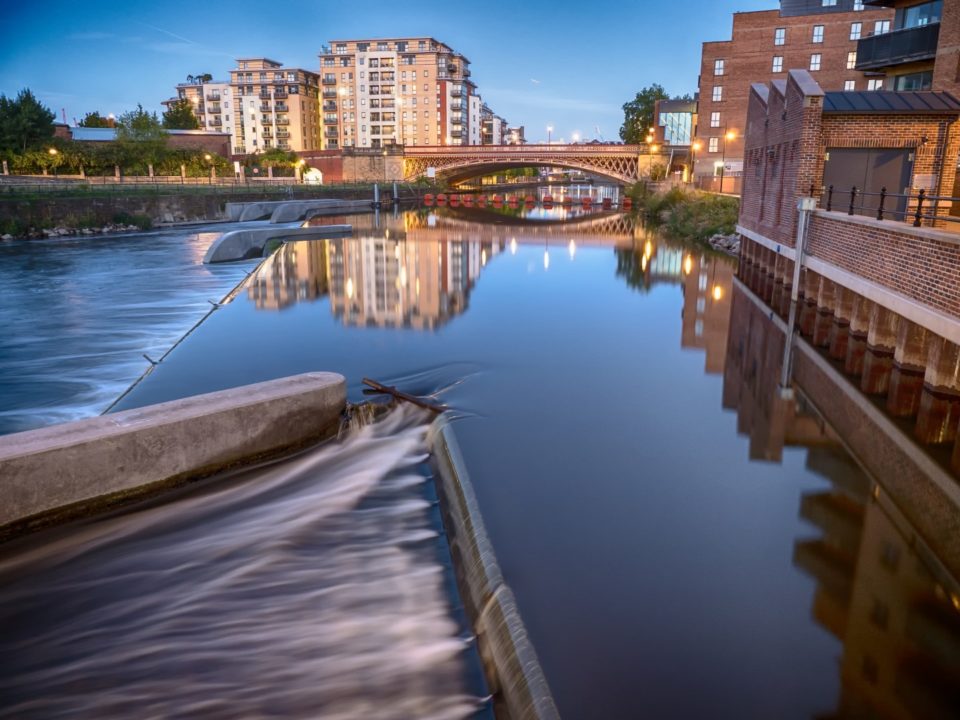 In what can be termed as a key milestone for Leeds, the Leeds City Council has signed a contract worth £76m with Mott MacDonald and BAM Nuttall for the completion of Phase 2 of the Leeds Flood Alleviation Scheme. The contract fund will be utilised for the construction of linear defences at River Aire along an upstream stretch of Leeds Station spanning 8km.

This contract with BMMjv – a reference to the joint venture between Mott MacDonald and BAM Nuttall – is being supervised by the Environment Agency and the Leeds City Council.

BMMjv to Focus on 3 Major Construction Areas in Phase 2

Kirkstall Abbey, Kirkstall Meadows and Leeds Industrial Museum at Armley Mills, are the three major areas of focus in Phase 2 of the Scheme. The work will be carried out in a 2-step process.

Step 1 will focus on building and reinforcing defences as part of which new protective walls will be constructed at Leeds Industrial Museum. Furthermore, a bridge with a greater height will be set up to manage water flow better. Two new control structures will also be set up on the goit channel in a way that they close when the water level in the river increases excessively.

Step 1 will also cover the conversion of a 2.4-hectare land at Kirkstall Meadows into a wetland that would serve as a habitat for kingfishers, otters and fish. A new embankment is being planned to mitigate the risk of flooding at the railway line near the Meadows.

There are also plans to improve the landscape and is expected to feature two new bridges, improved footpaths and more natural spaces.

The project received approval for the above plans in early June.

The second phase will need an additional £112.1m. The proposed tasks in this phase include building a flood storage space near Calverley. This construction will involve the use of moveable weir technology that allows storage of water as well as its usage when needed in a highly controlled fashion.

Talks are in motion to secure the additional funding. Once granted, the plan for the proposed storage construction will be sent for approval. Work will start once the plan receives approval.

Phase 1 of the Leeds Flood Alleviation Scheme that cost £50m also featured the moveable weir technology. Phase 1, which was completed in 2017, used the technology to protect the city centre and covered the area downstream to Woodlesford.

The contract and the partnership for Phase 2 are expected to witness great success like Phase 1 of the Scheme.

With over 30 years of experience in the plant machinery sales and hire industry, MTS Plant is extremely well-positioned to cater to all your needs. As official dealers of Yanmar plant machinery, we offer complete backup and support for equipment hire and sales. We offer a nationwide service with depots strategically located in West Yorkshire, Lancashire, Co. Durham and Lanarkshire.

MTS Plant can be your valuable partner for your construction project equipment needs. We have an extensive fleet of Yanmar plant machinery for sale and short/long-term hire.